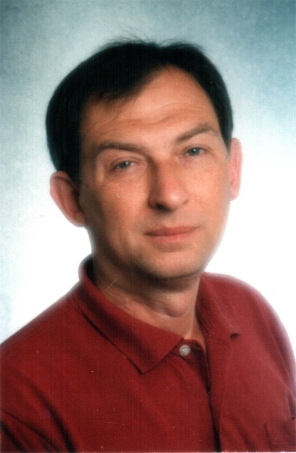 When I think back to the beginning of our friendship,  I see Peter as a great lecturer, full of energy and enthusiasm for teaching. After long hours spent with his students he used to say ….. “Elixir!” and he never seemed to be tired or  disenchanted with the work.

One could always rely on his word. When his disease was already in an advanced stage, but we still did not know about it, Peter volunteered to organize a science course in Austria for Polish students; and he completed the task and thought the course. My students could not find right words to express their gratitude to him.

His interesting personality was evident, as was the fact that he was not into any sort of fashion. He was curious about the world, open to other cultures and people. Peter surprised me with his knowledge of history and love for collecting old lithographs depicting nature, maps, and antiques that he mostly restored himself. And yet it was only a small part of his interests. Palaeontology and life science were his true passions. Displayed under the ceiling in the University of Vienna there is a cast of a complete Miocene sea caw’s skeleton. This curiosum together with a whole history of its finding reminds me about Peter as a scientist. He told me the story how it was found, excavated and the remains scientifically processed. Later I had an opportunity to read about it and other similar discoveries in the papers authored by Peter. Talking with him one could easily find out that his profession was his vocation.

His love of paleontology came from his Father, and mostly from his father’s colleague – a professor of the Natural History Museum in Vienna. The three of them used to go on Sunday trips to the countryside looking for fossils, and so young Peter got bitten by the palaeontology bug. From his Father Peter inherited an engineering aptitude and created his own original technical devices, some of them proved very useful in paleontological excavations and appreciated by his colleagues.

Peter was a loyal Friend, a person of great modesty and empathy.

We have a saying in Poland about such a person: "do tańca i do różańca", which simply means you could rely on him in every situation.